My Interview with William Forsythe

I met Mr. Forsythe in late August, 2010 at the annual festival of fear. However I had seen him many times in many films before. A veteran actor who has worked with many, many great directors. Sergio Leone, Walter Hill, Rob Zombie just to name a few. I approached Mr. Forsythe with the request for the interview and as we shook hands, the immediate sense I got was William Forsythe is gentle, warm hearted, kind and a generous man. A much a different sense you see from the characters he has played, quick angered, short tempered, psychopathic, killers come to mind. This complete opposite personality from screen to actual person is one of the truest signs you are in the presence of a great actor. Here is the conversation my short time with him would allow. 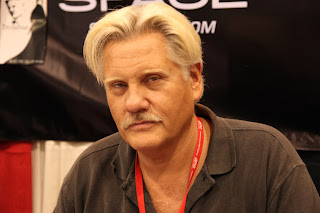 RM Are you enjoying yourself?

WF Having a great time.

RM One of the things I have noticed watching your career unfold over the years is the intensity you bring to the screen and I was wondering how do you prepare for some of your roles?

WF It really depends what it is, if I do somebody that actually lived I do a complete research, I try to meet and find every person that ever existed that ever knew (the real person) if I can, for other parts you have to create it from scratch, you have to find something like that, something really solid you can get into, and you actually build a character from inside until you find something strong and ready to go, then you add the words.

RM You've worked with so many great film directors, some that come immediately to mind, Rob Zombie recently, John Flynn and Sergio Leone.

RM What was it like to be on a Sergio Leone set? That had to be an amazing experience. The master as we said.

WF Yes the master, God bless him. To be honest, a complete spoiling experience. It was very young in my career, very early on, I went off to do the film (Once Upon A Time In America) I knew I was doing something very special, with some very special people, but you do not appreciate it as much as you do now, looking back at a career of, whatever, like a hundred and twenty films, there are only a few films that equal that or come any where close to it. The experience for me, at that point in my life, Sergio Leone opened up the door for me, it wasn't my first film, it was my third, it was the first time I got to play with the real great players and play a leading role in a film with a master that wound up being his last film.

RM What have you learned about yourself, inhabiting all of these crazy type people?

WF (laughing) Well, Al Capone was an amazing example of research. I always loved the story of Al Capone and the Chicago beer wars. I began to do all of this research and actually began to meet all of these people who knew Al  personally and people who lived very close to Al. By the time it was over with that I had met over a hundred people that knew Al and everybody liked him. Every single person said that he was a straight-shooter, and a likable guy but he obviously had a problem with betrayal, judging by the baseball bat moment, especially history. He was just a phenomenal character to get into and research. I really had the time of my life playing Capone. If you can imagine, I was living in Chicago for two years, playing Al Capone, so it was like Al was reborn. I don't know, what I have I learned? I learned that my Father gave me something very special, he gave me a sense, a work ethic. A very strong work ethic. It is something that I try and live up to every day. It does not matter what the project, what the film, what the budget, if it is an expensive huge movie or a small film, I always try to do the same job, whatever it is I come in and I gave a hundred percent. I try and do the very best job I can. Sometimes it works, sometimes the film doesn't but I always try my best. 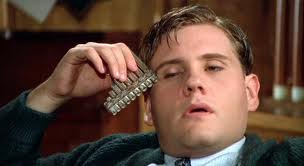 RM I honestly think that shows through in your filmography. When you see your name in a film you know that role is going to be special. Your going to bring your intensity, hard work and preparation. I honestly see that in your films.

RM I have one last question. You have been on so many film sets, worked with so many great masters. Is there an amazing memory from one of those film sets you wouldn't mind sharing?

WF My God, there are so many, there are so many things. Well, um, in the world of directors, as you said I've worked with so many great ones. I did a film many years ago, up in Calgary with John Frankenheimer. John Frankenheimer was one of those directors that I grew up wanting to work with and I remember, it was funny, I had already accepted another movie, I had agreed to do it and I went in to meet John Frankenheimer and I was all excited and the next thing I know he is bending over backwards, trying to convince me to drop that film and come do his film and I'm sitting there thinking, "the man. the legend, this amazing director he is trying to convince me" and by the way it worked obviously, I dropped out of the other film and did his film and all I could think of and remember is, I was sitting in there and Frankenheimer is tugging on me and telling me what a great guy I am and that he wants me in his film and the next thing I know they are handing me a Perrier.  And I'm sipping this Perrier and I looked out the window and I started to laugh and John goes. "Well, what are you laughing at?" and I go "Well John, two years ago, you see that fence out there? I hopped that fence just trying to get into the studio to go to an interview." I said, "and here I am looking out the window at that fence and your feeding me fancy French drinking water and I'm talking to somebody I love and respect." That's the gift of what we do, and that's the dream come true, to be able to actually sit and work with guys who are your heroes. That's one story, and believe me, I've done so may films there are a million of them.

RM Thank you for sharing. A real honor to meet you.

Posted by Robert Aaron Mitchell at 7:06 PM No comments: 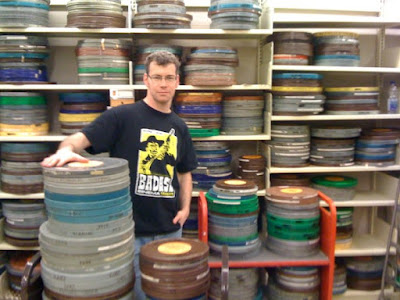 Writing about yourself is quite an art form in and of itself. It borders on the narcissistic and conjures up images of the guy nursing a cocktail at the party that is desperately vying for attention.  However I believe a few words are in order.

My name is Robert Mitchell and I am based out of Toronto, Canada. I have tried to fit what I do unto a business card usually with not much luck. I'm a videographer, an interviewer, a writer, on and on. However during the Toronto International Film Festival in 2009, I had the honor to capture the Bad Lieutenant: Port of Call New Orleans Q&A for Colin Geddes with Werner Herzog. This is where I first heard the term, soldier of cinema. Suffice to say I thought it was an amazing phrase. I'm not the only one, I hear the phrase mentioned at festivals, during any kind of cinematic adventure, like the recent 16mm print rescue from the Toronto Reference Library etc.

A lot of what I do and deem important does not involve me making much if any money. Comes at a great personal sacrifice and relies on great passion and determination. Hence, the reason I have co-opted the term soldier of cinema and the reason why this blog is so named.

What is the blog? Good question. The idea first arrived to me when I uploaded a recent interview I did with the actor William Forsythe. One of my personal favorites - as it involved us talking about the great Sergio Leone. I loved the interview but the sound was horrible. The crowd from the convention center drowned out our conversation and the video looked like a happy actor reminiscing and an excited yet tired interviewer going through a pantomime. I then thought all is not lost I can transcribe it and still find a place for this interview. The question then became, where? I have a website but know nothing about design and code and have not the money or time to make this a priority. Long story short, it has not been updated in quite some time. This lead to the creation of this blog.

At the moment, like most things in my life, there is no road map, no grand scheme so what will show up here is as much your guess as it is mine. I can however say with a great degree of certainty that you will see an interview with William Forsythe in the not so distant future.

Here it is, just what the world needs, another blog. I take my leave, as I have to look in the mirror and freshen up my drink.

Posted by Robert Aaron Mitchell at 9:36 AM No comments: