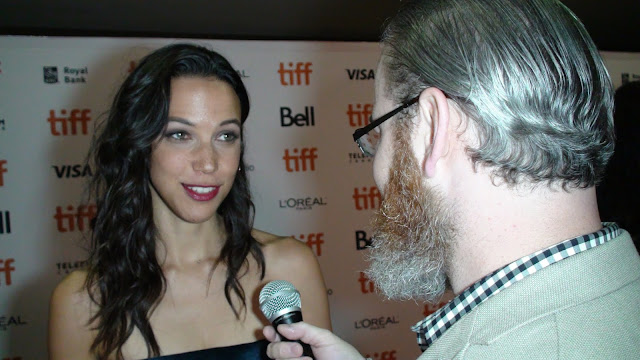 Caroline Ford speaks with Robert Mitchell at the premiere of Nekrotronic

We all know that the longer one surfs the net the waves can take you into dark places. In Nekrotronic - the Roache-Turner brothers next film following their feature length debut Wyrmwood - Howard North discovers that there are literally demons in the the internet. A fight to save himself and the world ensues. The film defies genre classification. The Nerdist says this, "(Nekrotronic is) like if Tarantino's been watching Edgar Wright and Wachowski films and than made Ghostbusters."

Posted by Robert Aaron Mitchell at 12:33 PM No comments: