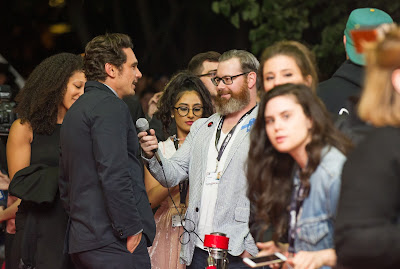 The Disaster Artist was one of the most anticipated films premiering at the 2017 edition of The Toronto International Film Festival. The movie lived up and exceeded expectations. Robert Mitchell was on the red carpet and spoke with James Franco, Ari Graynor, Paul Scheer, screenwriters Scott Neustader, Michael H. Weber and Composer Dave Potter.

Posted by Robert Aaron Mitchell at 7:31 AM No comments: