FROM PAPER TO REALIZATION. ADVICE ON MAKING A FILM 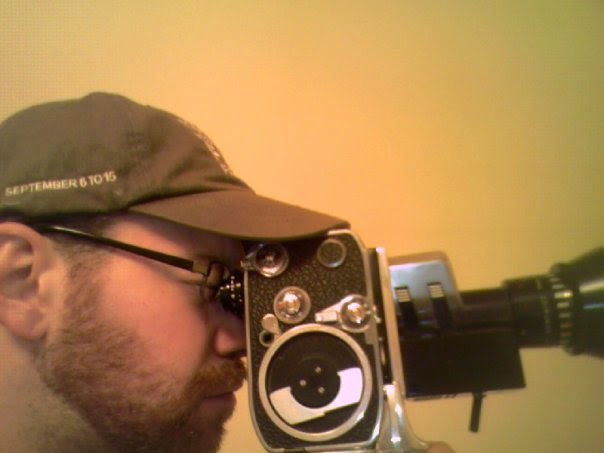 For the past several months I have been writing diligently. I have written a couple of short films and and slowly climbing the mountain of writing a couple of longer feature length films. I'm getting to the point of getting out in the world and trying to turn some of the short films into reality. Speaking of reality, the situation is such that I will be pretty much doing this all on my own, in a new town, in Southern Indiana. It's daunting to sit at a desk and try and piece together what to do first. Writing out the budget? Casting? Location scouting? Permits? Equipment rentals? I have the good fortune to work around some film festivals for several years and have met a lot of up and coming filmmakers as well as some established people in the film industry. I decided to contact some friends and ask them for some advice on making a film.

"DON'T FIGHT REALITY -- Unless you have the money too -- Adjust your shots to the locations, adjust your dialog to the actor's ability, adjust your approach to what is working in the moment, rather than trying to force something that just isn't happening short films might give you more leeway to explore though.  But on a low budget feature, making those adjustments can keep you on track. Hire a great composer and cinematographer Also, HAVE FUN"— TRAVIS STEVENS Producer A HORRIBLE WAY TO DIE, CHEAP THRILLS, AMERICAN MUSCLE


"I've had the opportunity to shoot some pictures in places like Akron, Ohio, which is similar to the Southern Indiana area and it was always a pleasant experience despite lack of proper rental houses or inexperienced crew because I always got great locations and total cooperation. People there haven't been ruined by film production yet, so really all you have to do is ask nicely and don't act like Joe Hollywood and I think that you'll find that folks can be very accommodating and helpful. Some things may be a bit more difficult than shooting with a bunch of experienced crew members in a city, but you can easily make up for it with great locations and freedom." TRENT HAAGA Writer DEADGIRL, Co-Writer CHEAP THRILLS


"I don’t know what your budget is but use it wisely. Every dollar is important and belongs on the screen to make it a bigger and better movie. When directing or producing a film you owe a professional obligation to your investors, your crew and mainly your Film to make sure not one penny is lost because of greed or incompetency.

Prep, prep and more prep. Prep is king! Be totally prepared so you are not prepping when in production and rolling cameras. That's how you waste money and eat up your filming time doing something that should have been done before you started shooting and everyone is on the clock. So know every shot you're going to need at the end of pre-production. Then the crew will know your shots also and they can stay ahead of you. It makes it an enjoyable shoot also for you and everyone.

Be a leader!!!  Go kick butt! Let's truly love the passion of film making and always prep like there is no tomorrow, Ha! Prep is the secret to a successful shoot. Always here for you!" AARON NORRIS Producer WALKER, TEXAS RANGER Director DELTA FORCE 2, BRADDOCK MISSING IN ACTION III

"Get lots of coverage - shoot until they won't let you - don't shoot the same shot twice unless it was fucked  - and most of all have fun!"DOUG AARNIOKOSKI Director of THE DAY, NURSE 3D

"No two directors are alike but all the best ones trust their vision. Try and communicate it as clearly as you can to cast to heads of dept and cast. Half the job is getting everyone on the same page. Then, once they're on the same page, let everyone have their say. Some suggestions will be better than what you had in mind. If that's the case put your ego aside and take the advice.

Your job is to make the best possible film and if a pearl of wisdom comes from the guy putting in the portable toilet then don't hesitate. You're a team. Conversely, if someone offers a suggestion that's off track then have the knowledge to respectfully tell them why. It's your job to answer the thousands of questions that will be coming your way from the color of a character's socks to the size of each shot to whether you're on a wide or long lens etc. You have to know/understand the film better than anyone else.

Think of it like a watch you intricately know the mechanics of. But you also have to be able to step back and allow yourself to be the audience. You're the one with the vision in your head so ultimately you're the only one who can definitely say whether the shot, scene etc is working or not. And be nice to crew. They're working their ass off for you! Good luck!" SEAN BYRNE director of THE LOVED ONES

"That is great that you are making a movie. My advice is work with the resources that you have, be sincere and try to tell a good story. I wish the best of success for you." JAMES NGUYEN Director of BIRDEMIC

Posted by Robert Aaron Mitchell at 4:42 AM No comments: