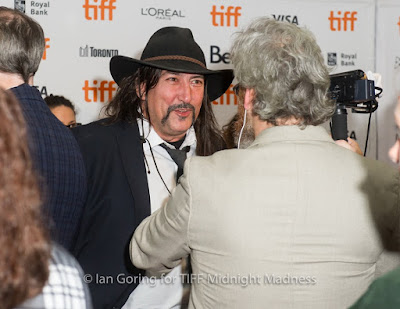 One of the most anticipated films of the 2019 Midnight Madness program at the Toronto International Film Festival was Color Out Of Space, the H.P. Lovecraft adaptation by Richard Stanley who also made his return to the program - Hardware premiered in Toronto in 1990.  Here are my world premiere interviews with Mr. Stanley, Nic Cage, Joely Richardson, Madeleine Arthur, Brendan Meyer and Elliot Knight.

Posted by Robert Aaron Mitchell at 7:58 PM No comments: