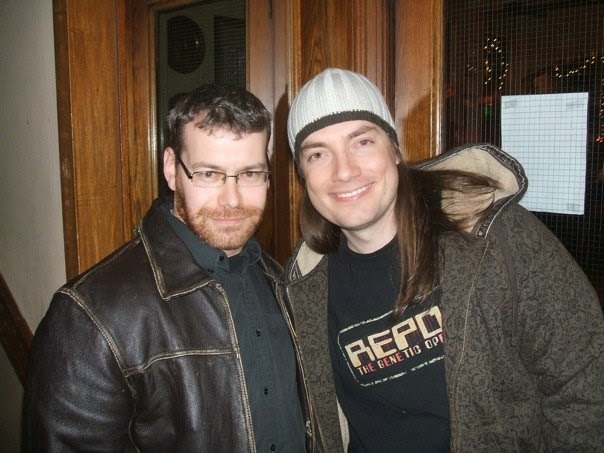 Back in October 2008 I met and had a conversation with Terrance Zdunich co-writer, co-composer of Repo! The Genetic Opera. He also plays the character Graverobber in the film.  It was a great conversation talking about the initial concept and origins -- from the original play to the feature length film. We also talked about where did the idea of creating a twenty-first century rock opera come from, Terrance's various influences and the casting of ensemble cast who appear in the film.

Posted by Robert Aaron Mitchell at 9:50 AM No comments: