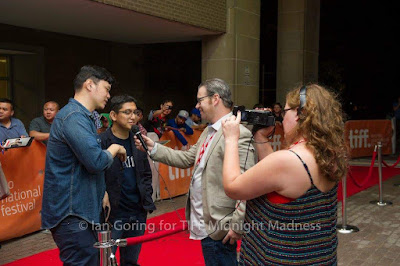 Headshot the new film from Kimo Stamboel and Timo Tjahjanto aka The "Mo" Brothers premiered Setember 9th, 2016 at the midnight madness programme at the Toronto International Film Festival. Robert was at the premiere and spoke with Kimo and Timo about their latest film.

Posted by Robert Aaron Mitchell at 7:46 AM No comments: