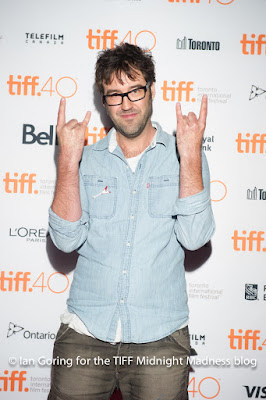 The Devil's Candy marks director Sean Byrne return to the Midnight Madness program. His first feature The Loved Ones was so beloved that it won the 2009 Midnight Madness People's Choice Winner. I recently spoke with Sean about his eagerly awaited sophomore film. -- Robert A. Mitchell

Your first film The Loved Ones had an amazing world premiere in 2009 at Midnight Madness. Could you share some of your memories from that night? How did that screening change your life?

It began as a blur of jet-lag and sleep deprivation and ended as one of the most vivid memories of my life. Making a film is a marathon. The pot of gold at the end of the rainbow is hopefully getting it in front of a big audience like at the Ryerson. The nerve-racking part is there’s no guarantee the audience will like it and all those thousands of hours that go into creating a film end up amounting to nothing more than egg on your face. So the way the audience embraced the film - screaming, cheering, wearing their heart on their sleeve - was so satisfying it’s hard to put into words. So much so I’ve been fighting to get back to Midnight Madness ever since.


As far as changing my life, the fact we won the Audience Choice award opened a lot of doors. It got me an Agent, countless meetings, and meant scripts were sent to me for the first time in my life. After flirting with various projects I ended up coming back to my own material because in the end I wanted to retain some sort of voice but thanks to Midnight Madness I suddenly had more than one avenue open to me.


I'm eagerly anticipating The Devil's Candy. What is the basic premise of the story? Where did the idea come from?

I don’t want to say too much because half the fun is in the not knowing! And The Devil’s Candy definitely has an air of mystery to it. I guess all I can say is it’s a haunted house movie about a father desperately trying to protect his daughter from the darkness in disguise. As for where the idea came from, I started wondering what’s the greatest disparity of power, the ultimate David versus Goliath battle in a horror context, and it seemed like child versus monster. After that the challenge became how to create a monster we haven’t seen before. There’s echoes of The Shining in terms of how a location can wreak havoc on the mind and also a hint of the Crossroads mythology: would you sell your soul for personal gain even if it meant jeopardizing the lives of those around you?

What are some things you learned about film making from The Loved Ones? How did you apply this knowledge to your second film?

Prepare as much as you can then once the train leaves the station just hang on. Tackle one obstacle at a time and eventually you’ll reach the finish line. Surrounding yourself with the right producers and heads of department who not only share your sensibility but are also decent, passionate, supportive and great at what they do is also crucial. If you’ve got a good script or blue print, understand the tone of the film, do your best to communicate it clearly and work with the right people then you’ve at least got half a chance!


You have teamed up with producers Keith Calder and Jessica Wu of Snoot Films who  has a history with the Midnight Madness program producing You're Next and The Guest to name a few. How did their experience producing genre films aid the production of The Devil's Candy?


Keith and Jess have made sixteen films. I think The Devil’s Candy is their eighth film at TIFF. You can’t buy that kind of experience. You have to earn it and they have. So in a practical sense I felt in very safe hands. Everything is handled in a calm, methodical manner. But what was perhaps most rewarding was their ability to creatively align themselves with the film. We were all striving to make the same movie. As a writer/director I end up living with the material for an unhealthy length of time and to have producers who are able to remind you what was so exciting about the story in the first place is invaluable. They have strong commercial instincts but aren’t afraid to take risks because they understand horror, to avoid being predictable, sometimes needs to be dangerous, even taboo. And that’s where I live as a filmmaker so to share that ethos and have that kind of faith and support was incredibly helpful.

What kind of cinematic experience awaits the audience?

I wanted to pay homage to the classics of the supernatural genre - Rosemary’s Baby, The Exorcist, The Omen, The Shining - but with a distinctly modern sensibility. Like The Loved Ones, metal plays its part. In a perfect world The Devil’s Candy would lift the underground into the mainstream. We’ve been calling it a Doom Opera. I hope it creeps like death, sends chills then attacks the throat. I hope it feels like hell has risen.

From Sean Byrne how how to see The Devil's Candy this weekend:

If it’s not playing at a theater near you then the Devil will visit your home on these digital platforms from tomorrow:
iTunes
Amazon
Sony
Google
Xbox
Vudu
Comcast
Cablevision
Charter
TW
Direct
AT&T 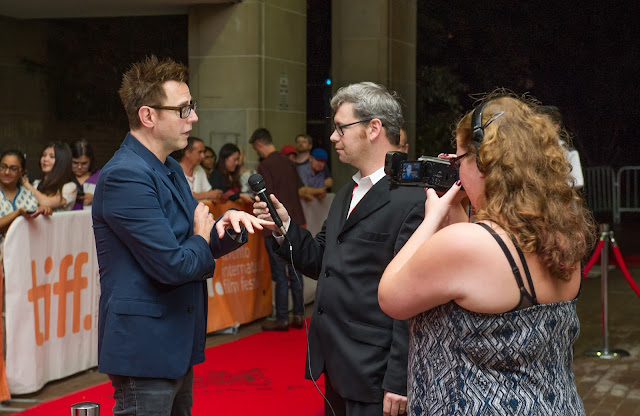 The Belko Experiment was one of my favorite films that premiered at the 2016 edition of Midnight Madness at the Toronto International Film Festival. I was able to speak with writer and producer James Gunn (Slither, Guardians of the Galaxy) actor Sean Gunn (The Gilmore Girls) and director Greg McLean (Wolf Creek, Rouge). 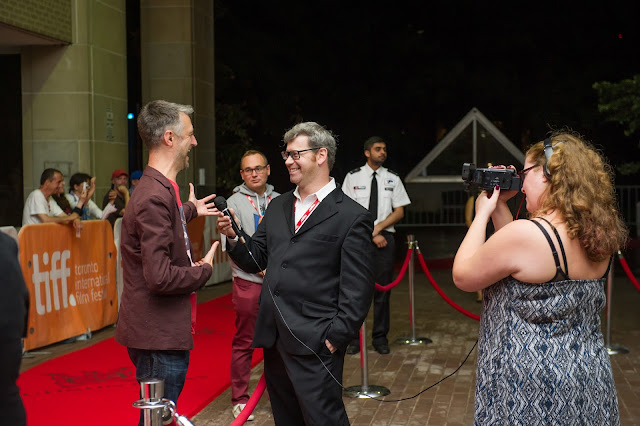 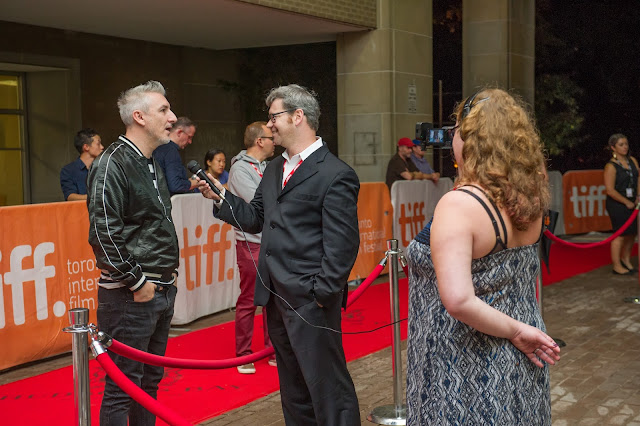 Posted by Robert Aaron Mitchell at 11:31 AM No comments: 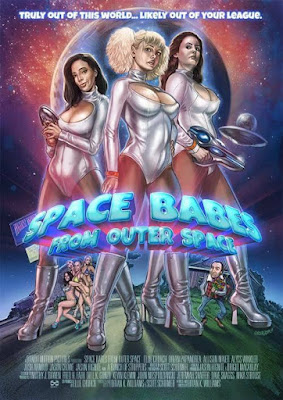 SPACE BABES FROM OUTER SPACE are arriving to planet Earth very soon! Here is the poster and trailer. The film is written and directed by Brian Williams (Time To Kill, Harvest Lake), Produced and Cinematography by Scott Schirmer (Found, Harvest Lake) and starring Ellie Church, Allison Maier, & Alyss Winkler. I also have an acting role in the picture. Here is the trailer:


Click HERE To Pre-order The Blu-ray!
Posted by Robert Aaron Mitchell at 12:15 PM No comments: