This the forth in the ongoing series, Meeting the Producers of Midnight Madness 2010.
By Robert Aaron Mitchell 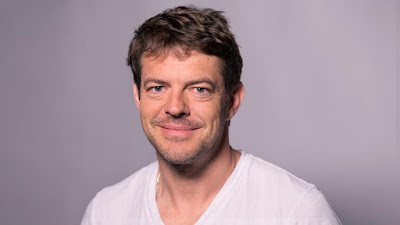 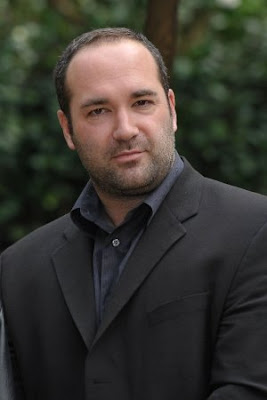 When the news broke that the producing team behind the hugely successful Paranormal Activity and the writing and directing team of hugely influential genre film Saw were teaming up to work on Insidious there was obvious excitement from the horror community. These heavyweights of genre cinema decided their partnership together would be best suited outside of the studio system in order to best help James Wan bring his vision to the big screen.

Let me introduce you to Jason Blum and Steven Schneider, part of the producing team behind Insidious.

Jason Blum opened Blumhouse Productions in the fall of 2000. Throughout his career, he has cultivated a reputation as a tireless advocate of independent film, and as a skilled producer adept at securing compelling new material and cutting-edge talent and forging deep relationships with studio executives, agents, writers, directors and actors. Since opening his own company, Blum has produced six feature films that demonstrate his unique taste and creative sensibilities. With keen business savvy, and a sharp eye for art house fare, he is constantly striving to expand the Blumhouse Productions slate of films.


Could you talk about how and why you formed your production company Blumhouse Productions?


Jason Blum WHY -I loved making movies and one of my dreams in life was always to have a single purpose company that does just that. HOW- I spent the first ten years of my career working for people who were very successful and I used that time to learn as much as I could always keeping in mind that eventually I wanted to work for myself.


Steven Schneider I grew up in New York City reading comic books and watching horror movies. After ten years (!) of grad school working on various degrees in philosophy and film theory, I found myself missing pop culture more and more. So I started writing and editing books on genre cinema - in particular horror movies from around the world. But to that point I'd still never thought about transitioning into film production once. Then, in 2002, Roy Lee (producer of The Ring, The Grudge, The Departed, etc.) reached out to me because he'd seen some of my books and wanted to know if I had any ideas for horror remakes. After this initial phone call, things immediately started clicking into place. My long-term girlfriend had already begun a successful acting career, and I just wasn't feeling excited about my dissertation work anymore. So later that year, Katheryn and I made the move to Hollywood, and I've been producing full-time ever since.


I've read that you are a strong advocate for independent film. What draws you to producing projects outside of the studio system?


Jason Blum I like making movies for studios and independently equally as much but the two jobs are entirely different. Making studio movies the Producer for the most part answers to the studio first and goes from there. Independent movies allow the producer only to help the director realize his vision without any other factors. Both are fun complicated jobs.


What attracted you to producing Insidious? How difficult was the financing of the project?


Steven Schneider On the heels of Paranormal Activity's success last year, my partners on that movie (Jason Blum and Oren Peli) and I entered into a slate deal with Alliance Films. (The head of Alliance, Charles Layton, had previously worked with Jason at Miramax for years, so they already had a good relationship.) The basic idea of the Alliance "Haunted Movies" slate is to make a number of very scary horror movies on very low budgets; and to work with amazing filmmakers who are excited to trade bells & whistles for creative freedom. As for Insidious, James Wan and I sat down after Paranormal came out, and as soon as he pitched me the idea, I was in. Loved the concept, loved James' vision for it, and couldn't wait to get started. Fortunately Jason and Oren agreed, and Alliance was totally supportive. Insidious is the first Haunted Movies production, and the Paranormal Activity-Saw combination is lethal!


What for you are some of the keys to making a package to present to investors and/studio executives?


Jason Blum There are only 4: Script Director Cast Budget If your budget is low enough and you script, cast, actors are compelling even now there is money out there to make your movies.


What unique challenges did you face in bringing Insidious to the screen?


Steven Schneider I think everyone involved would agree that the biggest challenge with Insidious was just making sure we could help enable James and Leigh (Whannell) achieve their amazing, ambitious vision for the movie given the relatively miniscule (by Hollywood standards) budget. But with the help of an incredible, passionate crew of true professionals - including Albert Cho, Aaron Sims, John Leonetti, Jeanette Brill, Rick Osako, Annie McCarthy, Jennifer and Tom Spence, Kristin Burke, and all of our wonderful actors (Patrick Wilson, Rose Byrne Barbara Hershey, Lin Shaye and many others) - we were fortunately able to achieve it. At least we think we have - you tell us after the premiere!