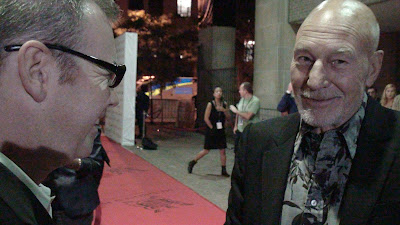 Green Room written and directed by Jeremy Saulnier was the first film in the 2015 Midnight Madness program at the Toronto International Film Festival. Robert A. Mitchell was on the red carpet and had the opportunity to speak with Mr. Saulnier as well as Sir Patrick Stewart, Anton Yelchin, Alia Shawkat and Macon Blair.

Posted by Robert Aaron Mitchell at 8:51 AM No comments: