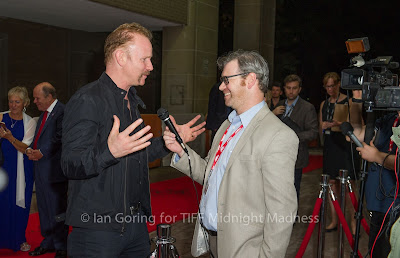 Robert was on the red carpet and spoke with Morgan about the film which Mr. Spurlock has described as a "horror documentary" Robert also spoke exterminator Ed Sheehan who has been in pest control for over fifty years. Here are those interviews. It was RATASTIC!

Posted by Robert Aaron Mitchell at 9:31 AM No comments: