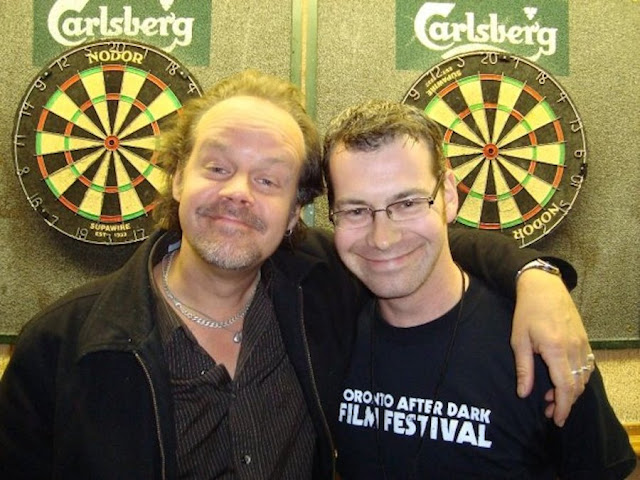 October 2008 was the first time I met Larry Fessenden after the premiere of I Sell The Dead at the Toronto After Dark Film Festival. We had a great interview discussing his career making films from the the formation of his production company Glass Eye Pix his own genre pictures from Habit to The Last Winter as well as acting in films directed by Martin Scorsese (Bringing Out The Dead) and Jim Jarmusch (Broken Flowers) just to name a few films and directors he has worked with. Larry is extremely talented, charismatic, passionate about making films and has a great knowledge of cinema.

Posted by Robert Aaron Mitchell at 9:37 AM No comments: