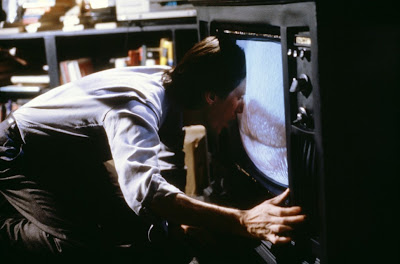 I am extremely happy to announce that an interview I conducted with David Cronenberg a couple of years ago at The Festival of Fear in Toronto will be on the special features of the Koch Media reissue of Cronenberg's seminal masterpiece Videodrome. Here is a link to a website to order the DVD/Blu-ray. Link. One of many cool things about this German reissue is the fact that they will be releasing the director's cut with four more minutes of footage as well as the original theatrical version. Plus there are a slew of special features with the film. 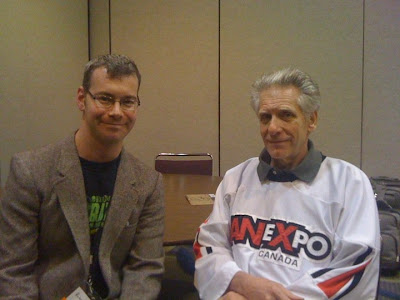 Here I am with David Cronenberg August 29th, 2010.
Posted by Robert Aaron Mitchell at 9:38 AM No comments: