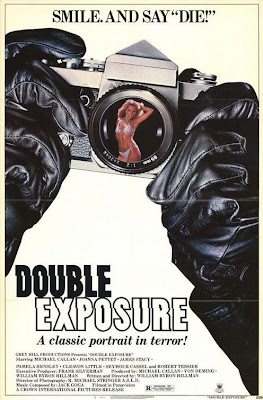 I love trashy cinema. Films that played at some run down second run theater for a night or maybe a week, a movie whose last stop on the circuit was a drive-in in Indiana. Movies that you cannot find a poster for while searching through images, a cast that may not have any imdb credits. Films with titles that are often preceded by aka.

We live in a world where all information is readily available everywhere and anywhere, we are always connected or so we believe. Recently I drove through the Great Smoky Mountains in East Tennessee and was thrilled to look at my cellular phone and see no signal. It is rare I find myself not connected to the web and that rare feeling of not being connected extends to these "trashy", "drive-in" or the now post Tarantino, Rodriguez everything that was low budget, cheesy, or any kind of genre movie now becomes a "grindhouse" film. Movies that no respectable connoisseur of cinema would ever embrace, the kind of  movies that drift through bargain bin to bargain bin, one small film company to another distribution company, movies that wind up in a pawn shop or a thrift store with several price tags on the box. Which brings me to Lexington, Kentucky.

I was recently in a Half-Priced books in Lexington and came across the Mill Creek Entertainment 32 Drive-In Cult Classic Movie Collection for a price that would average around fifty cents per film. A small price to pay for cinematic lost treasure. As I watched the first film according to the back of the DVD box was entitled Blue Monday (1972) -- which once I put the DVD in -- I learned that the film was actually called Blue Money about a pornographer who is just trying to get by in a cruel business, it struck me that I should write a few things about these films. Why not? I'm not adverse to write about movies. It's just in this Internet information overload age who really gives a fuck what I write about films.

So here it begins, a few thoughts about a film called Double Exposure (1983) -- at least according to the good folks at Mill Creek Entertainment. Also according to those magical all seeing and all knowing gurus at imdb this film fuses together not one, not two but four genres. Comedy, Crime, Drama and Horror. I dimmed the lights and poured a glass of O.J. and prepared for the journey that lie ahead. It begins with a credit sequence that is so outstandingly annoying, so much so that I thought that perhaps the orange juice I was drinking was spiked with some hallucinogenic drug and that the trails I were seeing were not in fact the movie but were my own vision. For a film about a photographer and images I thought this was brilliant. Fuck up the audience early and keep those fuckers unbalanced. 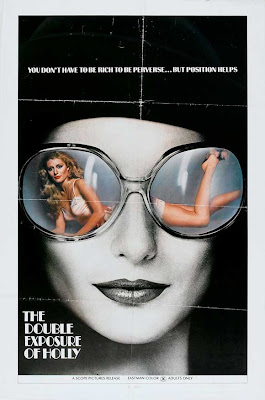 When the Director of Photography credit came across the screen with a shot by the camera operator unable to keep up with an overhead shot of a sports car I knew this film had already endeared itself to me. The film centers around a photographer Adrian Wilde played by Michael Callan who has problems. So much so that when we meet Adrian he is on the couch in his shrink's office. "Every time I'm turned on and the chicks aren't and when they're turned on, I freeze. Every time I think I'm getting better I slide back." and that's just artistically, what about the dreams? "What dreams? The bizarre, crazy dreams."

Adrian may indeed have problems but picking up chicks ain't one of them. He is one smooth-talker... the title may be Double Exposure but the dialogue is pure double-entendre. Watching this film I thought to myself that watching a person go absolutely bat-shit crazy to the point that they may indeed be a serial killer is by a far a great cinematic device. Which makes me pose the query, "What makes good cinema?" Well according to Bill Yates an associate professor at Saint Joseph's college in Maine good cinema can be thought of as such, "If you can engage a person ... then it's great film." Which brings me back to Adrian our hapless photographer suffering from dreams that may or not be real and this movie Double Exposure, which is a compelling, engaging narrative and for my money becomes pure cinema. 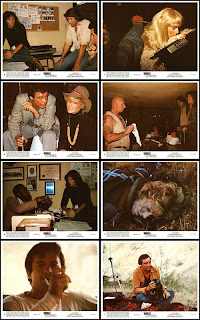 As the film unfolds and the ominous music swells our photographer's grasp on sanity and reality begins to slip. What follows is a pretty decent thriller. I really enjoy films that play with the reality of the movie and folds into itself like an accordion. Director William Byron Hillman and Editor Lawrence Bridges do an admirable job playing with the dream and reality of the narrative.

Ultimately Double Exposure is a low rent Hitchockian, Depalma thriller that falls way short of the mark, but of course it falls short of the mark. Hell that's why I watched it in the first place. But where Exposure fails it also succeeds is a film with just enough sleaze, violence and nudity to ensure that in the early eighties it would be seen in a theater, than later the burgeoning home video market and eventually wind up on late night television. If the user ratings on all unknowing one-eyed seer of imdb garner any insight into the matter, you will either love this movie or hate it.

I have recently returned from Asheville, NC and the third annual ActionFest. Here are some of my still shots culled from my footage of various panels and Q&As. 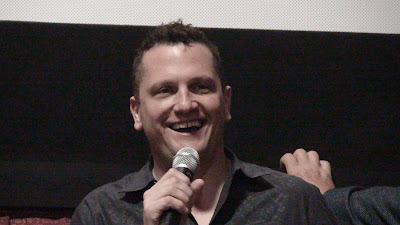 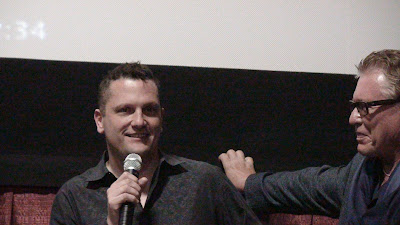 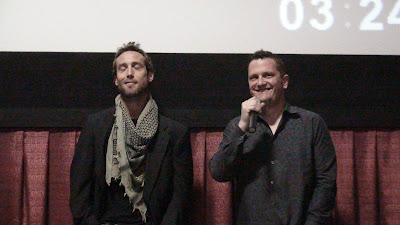 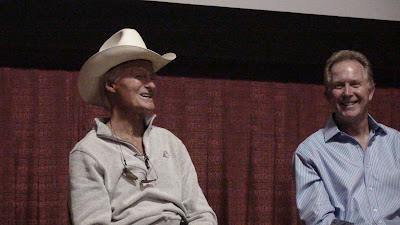 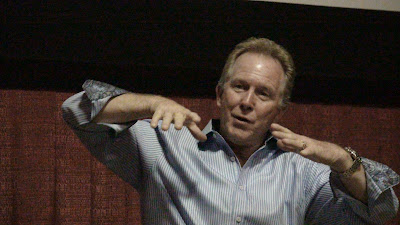 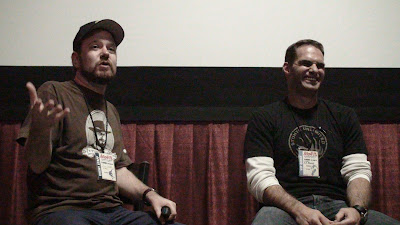 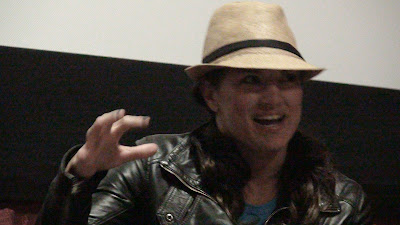 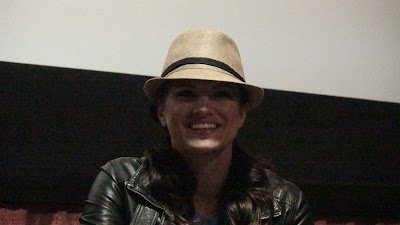 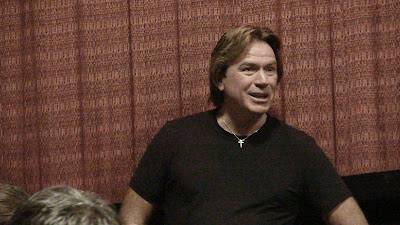 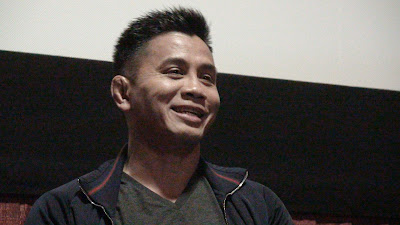