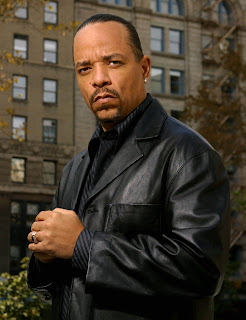 I have been busy fulfilling other writing commitments recently so suffice to say it has been some time since I have been able to pop in here. However earlier in the day I saw that today, February, 16th marks Ice-T's Fifty-third birthday, so I figured why not take a look back at the film work of The Original Gangster.

In my teenage years my musical tastes was a steady diet of punk rock and hip-hop - hell they still are. I have fond memories of destroying curbs of my local strip mall with my skateboard while the soundtrack was provided by bands like Fugazi, NoMeansNo and Bad Religion. The Hip-Hop portion would consist of bands like Public Enemy, Eric B & Rakim as well as the aforementioned Ice-T.

While Public Enemy were political in nature and Eric B & Rakim were some of the best lyricists of all time it was Ice-T - while displaying both politics and amazing lyrics also took his listeners to the rough streets of South Central and NYC. I do have to admit that as an awkward teenager there was some definite role-playing going on. It was quite easy to slip into a fantasy of being tougher than any other kid in the schoolyard. However, Ice-T while easily showing one the wealth and excess of being a street hustler would never shy away from showing you the flip side of the "gangster" life style. Most of his gangster songs would have the protagonist wind up in jail or dead. So, while it was easy to imagine being a tough motherfucker there were no illusions where that lifestyle would lead you. His lyrics would also speak to the strength of the individual that no matter what you faced you could overcome all the obstacles and survive a system that was geared to keep you down, well all the while his tunes were scored with some great beats. 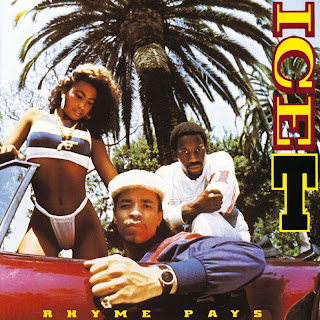 Ice-T would first land himself in front of the movie cameras for the 1984 break-dancing classic. Breakin' His credited role was Rap Talker.


In 1991 he would act in the Mario van Peeples crime classic, New Jack City. A film that also has blazoned into my memory that of Chris Rock acting all strung out for the rock while drapped in the American flag. "Seventeen for a key? You must be doing the dope." A great Ice-T line. Here the T meets the Rock for the first time.

Ice-T would also provide the title track for the film which would also lead to one of great music videos. Ice would also act alongside Denzel Washington and John Lithgow in Ricochet. To anyone who even remotely knows me it is not very much a secret that one of my all time favorite directors is Walter Hill. Trespass would see Hill and Ice-T working together as well as another "Ice", Icecube. Here is there collaboration video from Trespass, which was conveniently also titled, Trespass. featuring lyrics like, "the motherfucker ain't home...fuck it I'll trespass"

1995 would see the one-two punch of Tank Girl and Johnny Mnemonic. Mnemonic is one of those films that while flawed I absolutely love. Perhaps because so many of my influences come together for 107 minutes. William Gibson, Takeshi Kitano, Dolph Lundgren, Henry Rollins as well now is quite obvious Ice-T. Perhaps it was working with Ice-T that would later lead Kitano to write and direct his East meets West mashup Brother. We may never know. Also from the department of weird coincidence Rollins and T have birth dates three days apart and Ice T is three years older than Rollins. I know, trippy...


It was around here that Ice began his foray into television with New York Undercover.

1997 would see T team up with director Albert Pyun and Christopher Lambert. Yes, Albert "The Sword & The Sorcerer, Nemesis, Cyborg and Kickboxer 4: The Aggressor" Pyun.

1998 would see Ice once again provide a title track for a film. This time it would be for Dennis Hopper's directorial debut Colors. Since it's a title track, the song is....Colors.

The late nineties early two thousands would see Ice-T in a slew of direct to video titles, Corrupt, Gangland, The Wrecking Crew,  to name a few. 2000 till the present day would also see him in the television series that would explain why today's generation does not even know that Ice-T as a hip-hop superstar. Law and Order: Special Victims Unit.

What does the future of cinema hold for Ice-T, well according to the great oracle otherwise known as IMDB he is acting alongside, Armand Assante, Cathy Moriarty and Ja Rule in a film tilted Goat. To say there have been more misses then hits when it comes to the filmography of Ice-T is for others to decide. For me he has worked with some of the great under-appreciated directors working in the crime/action genres and at the same time have provided great title tracks with accompanying music videos. So here is my birthday present from a Soldier of Cinema to a West Coast Player from the streets here is my quick blog entry look at the film work of Ice to the motherfucking T

I'll leave you with this, one of my favorite Ice-T tunes, "Six in the Morning" "Six in the morning, police at my door, fresh adidas squeaking across the bathroom floor..."

Peace
Posted by Robert Aaron Mitchell at 6:07 PM No comments: