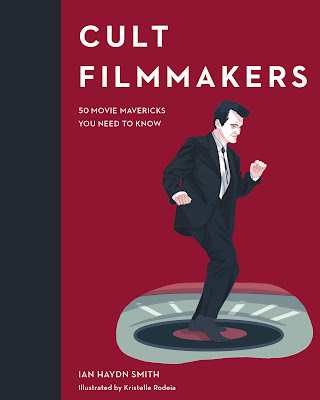 Ian Haydn Smith's new book Cult Filmmakers: 50 Movie Mavericks You Need To Know is a book well suited to the cinephile world of lists and discussions. Mr. Smith chronicles fifty filmmakers ranging form David Lynch to Ana Lily Amirpour to Abel Ferrara. I don't want to mention too many as part of the fun for me was turning the pages to see and read about the next filmmaker. The directors span over a hundred years of cinema.

"What makes a cult film, or characterizes its filmmaker as a cult figure?" Is the first line of Mr. Smith's introduction and the question is indeed the crux of the book. It is a pertinent question and the book shines as Mr. Smith gives us insights about his thought process to his answers. In this modern cinema era films are sometimes positioned and marketed as "cult" films. As the local movie theater is dominated more and more by giant blockbuster films by a handful of media companies it is also a nice reminder that in every decade filmmakers were and are operating outside of traditional systems. Directors throughout the decades are telling stories that are unique, weird, provocative, compelling, a reaction and a reflection of the generation they were created in and ultimately theirs. 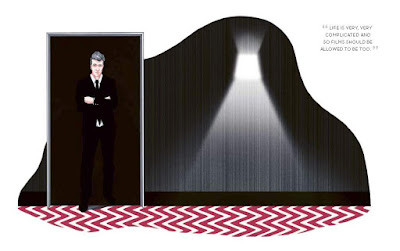 Another aspect of Cult Filmmakers: 50 Movie Mavericks You Need To Know that is really outstanding and elevates the book are the beautiful illustrations by Kristelle Rodeia that accompany every filmmaker page. It's great to see what set piece or prop accompany the filmmaker.

As Ian Hayden Smith writes, "Rather than offering an authoritative guide through the rich history of cult filmmaking, this book aims to be another voice in the conversation about cult cinema." I surmise  this book will indeed begin and renew discussions and disagreements of what is a cult film and what makes one a cult filmmaker and will definitely stir passionate conversations of the filmmakers featured within and those not included. The book will also certainly bring delight as a reader looks back at well known directors, upcoming filmmakers and forgotten auteurs.

You can by Ian's book here.
Posted by Robert Aaron Mitchell at 12:00 AM